Living in the U.S. can be particularly hard, especially if you live near rural areas. Newly constructed homes within these areas are susceptible to all kinds of deterioration, and one of them is from wild animals.

Woodland critters are relatively common in the U.S., and it has its own sets of indigenous species and many more animals that are found worldwide. Interestingly enough, some of these animal species are actually crucial to our livelihoods today. However, there are certainly some that are detrimental to our homes. This article will explain the most common animals you will encounter in the U.S. and how to handle them. But first, let us differentiate the good guys from the bad guys.

The reality is that there isn’t a true way to differentiate the good guys from the bad. Across multiple scientific studies, all of them concentrated on how much specific species do in farmlands and how much other species do good (e.g., pollination). This is too simplistic of an approach.

Animals, as we all know, are essential to the ecosystem, and they are crucial in maintaining it. However, there is so much more into identifying to which animal damages crafts. For example, small critters such as cockroaches can damage many crops and the interior of rural homes. However, they are also essential in decomposing rotten crops and nourishing fertilizers.

There is no real way to determine the good guys from the bad, and some damages can be isolated cases. But there is one thing that remains true: if there are too many of these wild animals near our area of living, they can cause serious inconveniences for people who live in them. For example, one common critter that is high in number near urban and rural areas is raccoon.

Raccoon cause serious inconveniences to families in many rural and urban areas in the U.S. Raccoon tend to dig trash, nibble on fences, and even scratch the exterior of our homes. Some might even find their way inside and eat the food from our fridge!

Raccoon are smart creatures, and it isn’t recommended that you handle the situation yourself. The main reason is that these animals bite, and there is a good chance that they might have rabies. If you’ve seen a raccoon enter your home way too many times, then it’s time to call your local rodent exterminator. These professionals will know how to handle the situation, and you’ll never have to worry about this particular animal ever again.

Another common animal that you might have encountered a few times is the harmless deer. 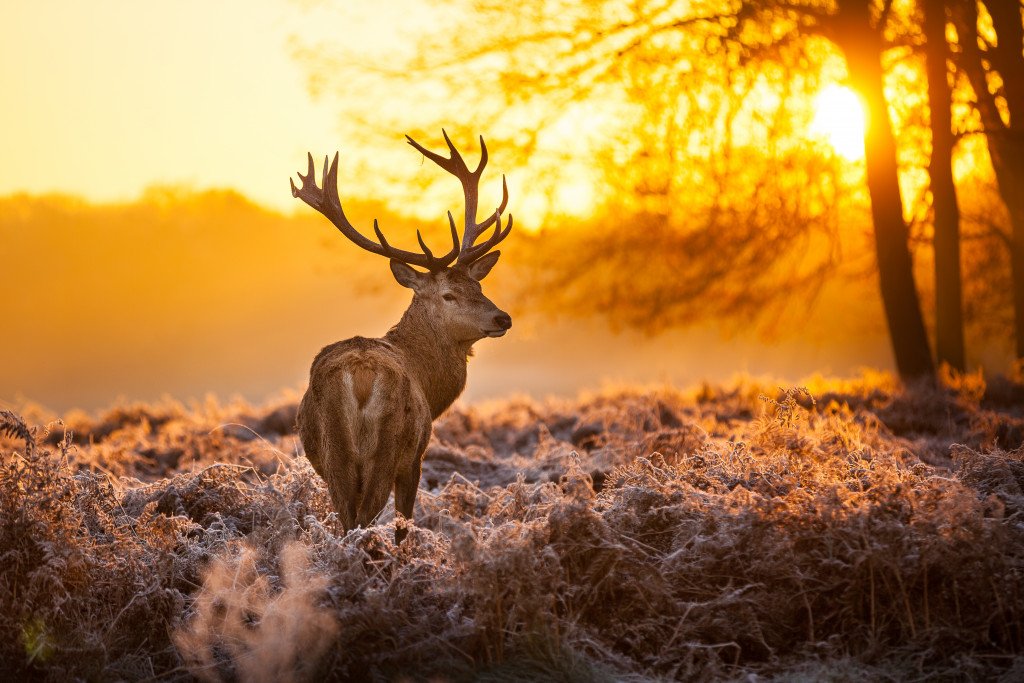 Not all woodland critters are like raccoon. Some are just lost and trying to find their way back home. While some might need some love from other species, who can give it.

You might have seen some videos on social media or YouTube about people patting or feeding deer. This can easily be the case if the deer have been living around the area for quite some time. Deer are quite social creatures, and some can be naturally curious, but most of the time, they keep to themselves. So if you encounter one, just let it be. Don’t try to interact with it either, but watch it from afar. Because chances are, you’ll never see them again.

Another common animal that we might see all over the U.S. is pigeons. Although many consider them pests, pigeons are actually vital to the environment and are actually good food!

Many people believe pigeons to be the pests of the sky. They defecate everywhere, ruin the plants in our gardens, and generally prove a nuisance to most people. However, unlike raccoon, pigeons aren’t considered dirty, and they barely carry any disease, considering that most of the pigeons we have in the U.S. are native to our land.

About a hundred years ago, pigeons were utilized for all sorts of tasks. They were taught to carry messages during times of war and have proven essential to all sorts of war efforts, even during World War II when radios were dominant. They were also considered good food back then, and it was only during the 70s that many people started to hate pigeons, simply because there were too many of them. The reality is that we’ve actually stopped eating these pigeons. That’s why they grew in numbers.

These are the three most common animals you will encounter in the U.S. They aren’t very harmful and barely attack humans. Some are even friendly to us, but you mustn’t interact with these animals as we might not know entirely what’s going on with them.