As sports go, basketball is a youngster.

Invented in the late 19th century by physical educator Dr. James Naismith, basketball was intended to be an alternative indoor game during the freezing winters in New England. It proved to be popular enough that it soon became a major sport itself. Here’s how it evolved.

The first ball and goal used for basketball were not meant for the game. The players just made use of what was available. They used a soccer ball, which had laces. For the goal, they used an old-style peach basket.

The first basketball games were played inside YMCA gymnasiums and whatever indoor venue could accommodate the players and, as the game became more popular, the crowds who started flocking to watch the exciting new game.
These days, a basketball or a sports court flooring in Utah follows the same standards as one in Florida or any other location. It wasn’t always that way.

When Naismith wrote the first official basketball rules, he did not include any regulation for the court where the game is going to be played. This allowed the game to be flexible. Players were able to adjust their game to the kind of indoor venue where they had to play.

The first official game of basketball was played on a court that is about half of a modern-day standard- size basketball court. It didn’t have any of the markings that are seen in today’s courts.
It was not until the 1920s that rules for the standardization of the court were suggested. That was when the height of the rim was limited to 10 feet. This rule continues to be honored today.

Then in the 1950s that rules for the placement of the halfway line and the free-throw line were put into place. Then in 1979, the National Basketball Association started using the three-point line. 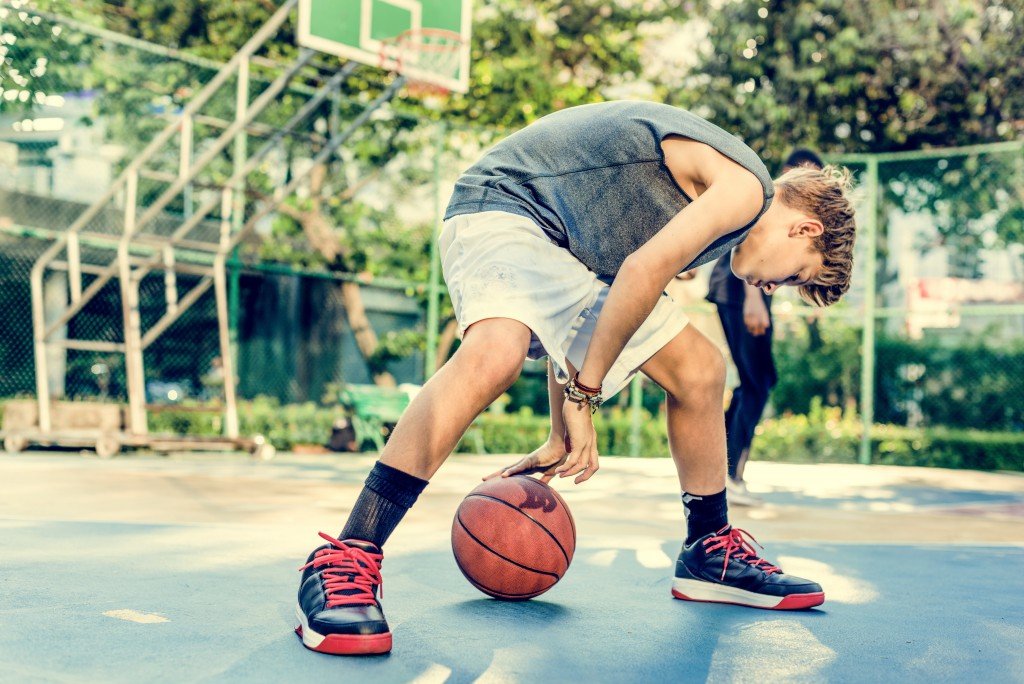 For indoor courts, hardwood is still the material of choice for courts. It is the court material used for professional games and international events. In the NBA, hard maple is the wood that is most often used for the basketball courts. It is the go-to material on almost all of the homecourts of the NBA teams.

Maple is very durable which allows it to withstand the punishment of a full-on basketball game. The light color of the wood also provides a contrast to the color of the ball, which makes it easy for spectators and players to discern where the ball is.

Most courts, however, are not made of hardwood. Basketball is no longer a purely indoor game. There are more outdoor basketball courts now, although most of those do not follow the regulations set for the game. Here, the floors are made from concrete and are coated with non-skid additives to make them grippier.

The basketball court has come a long way from its humble beginnings. Now, there are different kinds of materials for various types of courts. Despite the rule updates and changes and various flooring materials used for the game, basketball continues to be a sport that people of all ages enjoy. And it’s all thanks to a doctor, a soccer ball, and a peach basket.