As of the moment, what humanity wants is for this pandemic to end. While you wait for that to happen, you cannot help but relive your travel moments and list the places you want to visit soon.

Have you thought of going to Australia already? When you visit Australia, you can marvel at breathtaking sites and go on an adventure. Australia is well-known for its beautiful scenery that emanates liveliness, but you must also consider the cultural and sociological significance of the country.

Here are the top 10 places you can visit in Australia:

The Sydney Opera House is a picturesque attraction surrounded by bodies of water on its three sides. Given that it is an opera house, visitors can explore theaters, a concert hall, a cinema, etc.

If you are planning to visit Sydney in the holiday season, you might as well celebrate with your friends and have a boat party on New Year’s Eve.

Bondi Beach is a stunning area of white sand and elegant waves. In fact, it is one of the most popular beaches in the world.

Bondi Beach is one of the most visited tourist spots in Australia. The trip only takes around fifteen minutes from the center of Sydney. You can either go for a swim at the beach, walk along the shore, or jog at Coogee Coastal Walk, where you can visit casual pubs and cafes. Apart from the vast array of restaurants and shops, Bondi Beach is popular for its breathtaking shoreline.

The Sydney Harbor Bridge has an architectural design that can certainly capture your attention. It has a total length of 1,149 meters. It is even more stunning at night, as the lights reflect on the Sydney waters.

The Great Barrier Reef has become one of the world’s most popular tourist spots because of its natural charm. You can do fun activities at the Great Barrier Reef, including swimming, scuba diving, helicopter tours, kayak sailing, and educational trips.

With 2,900 individual reefs and 900 islands, the Great Barrier Reef is considered the world’s largest coral reef system. It is located off the coast of Queensland, and it is truly a treasure. 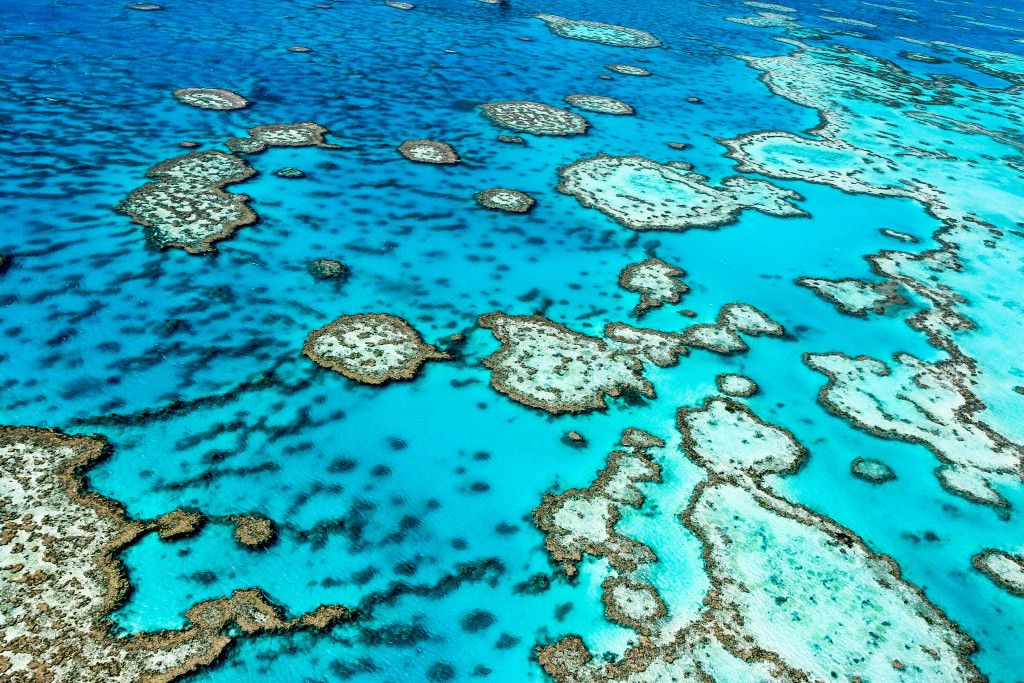 The Uluru-Kata Tjuta National Park has a significant meaning to the Anangu people. They believe that it is proof that there were feats performed during the creation period. As such, it has become a monumental place for its cultural landscape.

Founded in 1861, the National Gallery of Victoria, most commonly known as NGV, attracts people from different walks of life. It is an art museum with approximately 70,000 artworks, including “The Crossing of the Red Sea.”

Fraser Island is located off the east coast of Australia. It is the world’s longest sand island, which is 122 km long. Between the beach and the forest are spectacular traces of towering trees thriving on the sand and all of the world’s towering freshwater sandy lagoons. It is an exceptional location due to the changing dunes, tropical forests, and lagoons.

Australia is indeed popular when it comes to tourist attractions. Fraser Island is the largest sand island in the world. So to all beach and island people out there, make sure to include Fraser Island in your bucket list!

Located in Melbourne, the MCG or widely known as “The G,” is not a place for crickets but a sports stadium. Artists like Kylie Minogue and Paul Kelly, among many others, have performed at MCG. How cool is that?

There are so many reasons to take a trip to Australia, like the amazing scenery, diverse culture, pleasant residents, and bucket list experiences like scuba diving, kayaking, and paragliding. There are plenty of different things to do for everyone. Whether you want to have an adventure on the coast, understand another culture, have an energy boost, or just unwind and savor the moment, Australia is one of the best countries you can visit and explore.